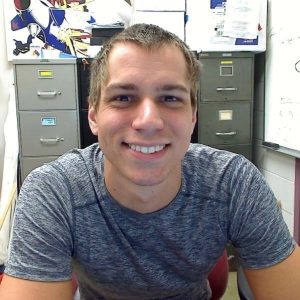 Coach Clancy was born in Indiana, where he swam for his local club and his high school. He moved to Columbus, Ohio to attend The Ohio State University in 2012, where he majored in entomology and learned how to play water polo. He graduated from OSU in 2016, and moved to Florida to begin his Master's degree in entomology at UF, where he plays for the UF club team and the Gainesville master's team. Outside of coaching, Clancy works as a TA at UF, and works in an insect physiology lab, researching how Caribflies delay their puberty when malnourished. Clancy's coaching philosophy is that fundamentals are everything; a team that has a strong base in spacing, movement, and individual technique will beat out a team with a few stronger players working independently.